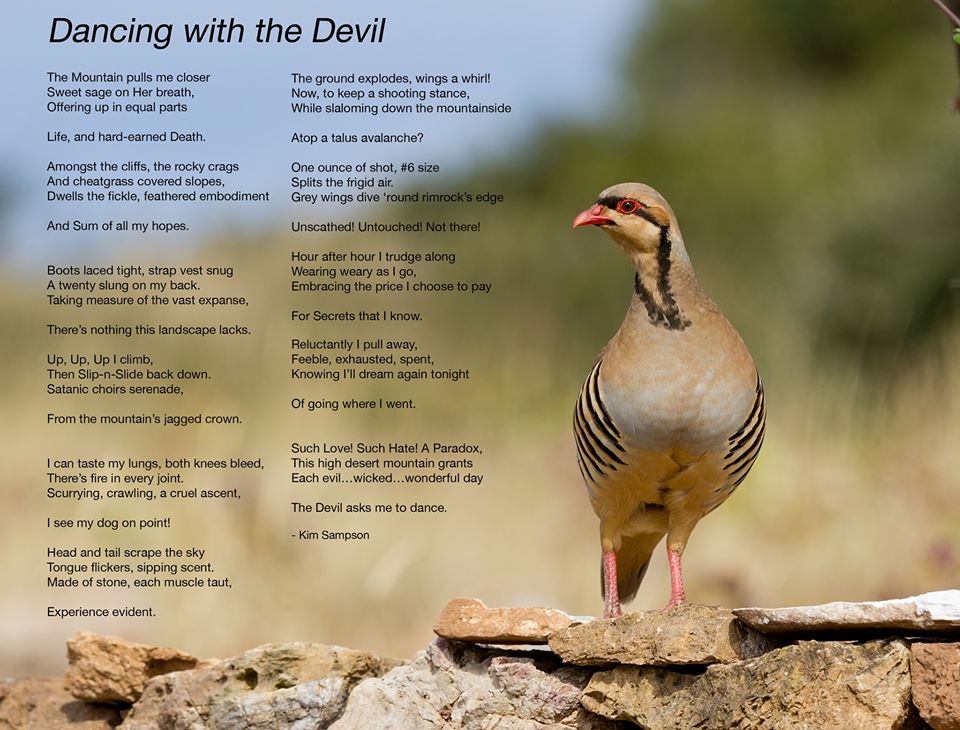 We hope all is well for you and your family!  Thanks so much for your support at our annual banquet!  Please remember to support our sponsors first, especially this year! https://www.utahchukars.org/sponsors-and-links/

Our banquet netted just over $32.5K this year, our biggest net to date!  We are excited for how we can make this money work for you.  We are generally able to get 3-4 times that amount by leveraging partnerships with other organizations and agencies.  We welcome any members who want to become involved with our board meetings and budget discussions.  We are an all volunteer group and are proud of what we can accomplish as a grassroots organization.  Thanks for making a difference with us!

We hope to be doing some volunteer projects as soon as everything is more safe.  Look for email updates in the near future.  If you know someone who is not getting our emails or newsletters and attended the banquet, please tell them to email me their information.

It’s Banquet time again! We hope most of you will support us at our annual banquet on February 29th this year. Please find the banquet order form on our website. For those of you who help us each year and donate, we hope you will find yourself in a position to help again this year. Please contact Alan at alan.smith@grousecreek.com or Travis at travis.chukar@gmail.com or 801-360-6553.

Some Foundation Highlights from this year include:

· Guzzlers in Central and Northern regions

· Starting a guzzler crew partnership with the UDWR

We are a strong voice and partner for upland game and upland sportsmen/women in the state. Your support at our annual banquet provides the necessary funding to support upland projects on Utah’s public lands. Working as a partner with the UDWR and other agencies, we make your money stretch much further than if we tried to do everything on our own. Thanks, as always for your support!

This year’s annual banquet will be held at the Sheraton in downtown SLC on February 29th. Please sign up early for the banquet to make sure you have a spot. Even with this location, we anticipate filling up and the earlier you sign up the better the deals and the better we can plan accordingly. Sign up for the banquet at utahchukars.org

Much thanks to all who attended our banquet and supported us this year.  Please shop our sponsors first.  We had our most successful banquet to date netting just over $29K. Hopefully you received a newsletter recently if you attended the banquet, or paid your yearly dues.  If not, please email me your address.

This email list and our Facebook page will keep you up-to-date on current events.  We will gladly add anyone to our email list, if they request it.

We will have a board meeting on April 11th at Scheels (11282 State St, Sandy, UT 84070) from 6:30-8:30, second floor NW corner.  Many of us eat from 6:00-6:30 in the diner before the meeting.  All are welcome to attend.  We welcome member input and your vote regarding the board.  At this meeting, we will report on projects from last year and have a guest from the habitat council discuss upland habitat projects.  Additionally, we will establish the board for the year, make goals, and present new projects for funding.

Thanks again, we look forward to another great year! 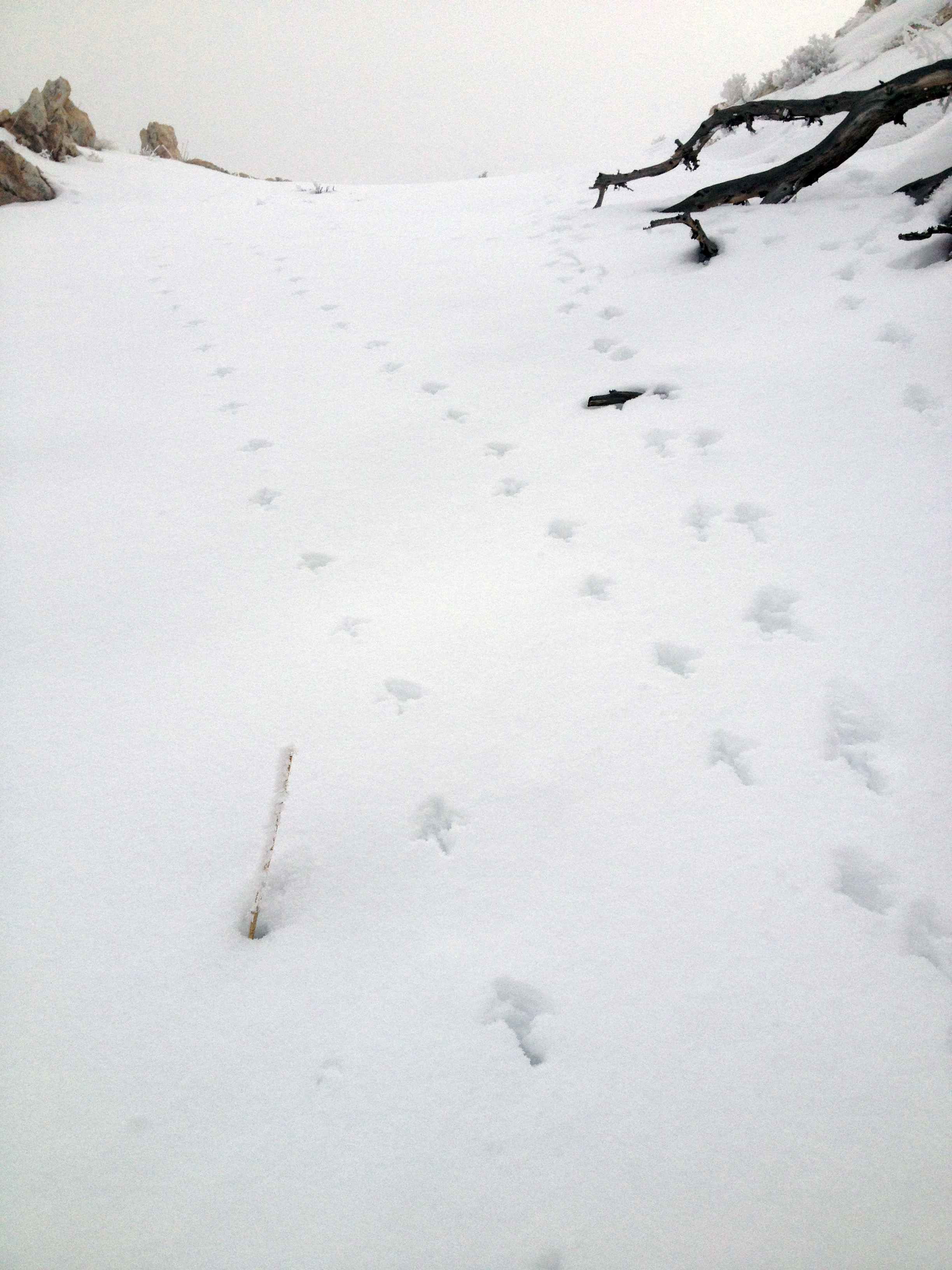 The birds stay in a smaller area, making it easier to find them

Falling snow is good news for chukar hunters. Once snow starts to fall, chukars—which roam over a large area during the warmer months—concentrate in smaller areas. That makes it easier to find the birds.

Chukar partridge also live in some of Utah’s driest country. That’s another reason why they’re a great bird to hunt in the winter. You won’t have to worry as much about getting your vehicle stuck in snow, or hiking through deep snow, like you might while participating in other hunts in the winter. Colder weather also makes hiking less strenuous. And rattlesnakes are hibernating now, so you don’t need to be concerned about them either.

“In my opinion,” says Jason Robinson, upland game coordinator for the Division of Wildlife Resources, “winter is the best time of the year to hunt chukars.”

Robinson says another advantage to hunting chukar in the winter—or anytime during the season—is the tasty meal the birds provide. “Chukar are the best-tasting game bird in Utah,” he says.

Be aware, though—to put a tasty meal on your table, you’ll have to earn it.

Another thing you can earn is a coin for completing the state’s “Blister Slam.” The slam is one of six upland game slams in Utah. You can learn more about Utah’s Upland Game Slam at www.wildlife.utah.gov/uplandslam.

This winter should be one of the best winters ever to get out and hunt chukars in Utah. Hunting success this season has been well above average. “Hunters are reporting great success this season,” Robinson says. “They’re seeing more coveys of birds. And many of the coveys have good numbers of birds in them.”

More information about where to find chukars in Utah is available on page 36 of the 2016 – 2017 Utah Upland Game & Turkey Guidebook. You can get the free guidebook at www.wildlife.utah.gov/guidebooks.

Before hiking up a hill to find chukars, you can save yourself time and energy by getting familiar with the landscape chukars live in. Robinson says chukars need three things: Cliffs for roosting, shrubby cover near the cliffs, and seeds and grasses to eat.

In Utah, this habitat is usually found just below ridgelines at about 4,000 to 6,000 feet in elevation. As you scout these areas, looks for steep slopes because the terrain you’ll find chukars in is steep—very steep.

To make the most of your energy supply, Robinson suggests hiking up to a ridgeline, and then walking along the ridgeline and then down from the ridge.

Chukars run uphill to escape hunters. And they flush downhill when spooked. For these reasons, getting above the birds will give you a big advantage. “There can be a lot of walking involved,” he says, “but it’s a great way to stay in shape through the winter.”

Robinson suggests waiting until midmorning before heading out. Giving the sun time to soften and melt the snow can make it easier to navigate the steep terrain chukars live in. “When the ground is frozen,” he says, “walking in this terrain is like trying to walk on a Slip’N Slide.”

There is an advantage to being out at first light, though. “The birds usually feed early in the morning,” Robinson says. “If you listen closely, they’ll often tip you off to their location.”

Robinson says chukars live in coveys that typically number between five to 30 birds. “When the covey is feeding,” he says, “it always posts a sentry. The sentry sits on a rock that provides it with a good view of the surrounding area. If the bird sees you, it will call out to alert the other birds. There’s a flip side to that, though: the sentry’s calling will alert you that a covey of chukars is in the area.”

During the early part of the season, chukar spend a lot of time hiding from birds of prey that are migrating through Utah. Now that these predators have moved through the state, the birds are free to spend more time finding seeds and grasses to eat.

Unlike many upland game birds, chukars are not restricted to pockets of habitat that have stands of trees in them, so their habitat is expansive. In the winter, though, snow reduces the amount of area in which the birds can find food. Robinson says in the winter, you should look for chukar on south-facing slopes. The snow on slopes that face south melts faster. As the snow melts, grasses green up for the chukars to eat.

“That’s one of the big advantages to hunting chukars in the winter,” Robinson says. “Because the north-facing slopes have snow on them, the snow essentially cuts in half the areas where you’ll find birds.”

Use the right gear

To hunt chukars, you have to hike up steep slopes. Make sure the boots you’re wearing provide good traction and ankle support. Robinson also suggests wearing your clothes in layers. Wearing layers allows you to remove a layer if you get hot while hiking. Then, if your hike brings you to a cold and windy ridgeline, you can put that layer on again.

Bringing a trained hunting dog with you can also be a great idea. Trained dogs will help you locate the chukars. And they can retrieve the birds you shoot. “That will save you from having to hike down steep slopes to find birds on your own,” Robinson says.

UDWR is conducting a white-tailed ptarmigan genetics study and we are asking for hunters help.

Could you please help us get the word out to hunters that might be interested in helping UDWR collect genetic samples of legally harvested white-tailed ptarmigan in Utah?

Click on the following link which has a flyer with all the information.

We are hoping to get a good selection of samples.  Ptarmigan are very hard to find and hunting them is very difficult.  UDWR can use some help . Please contact Jason if you have any questions.